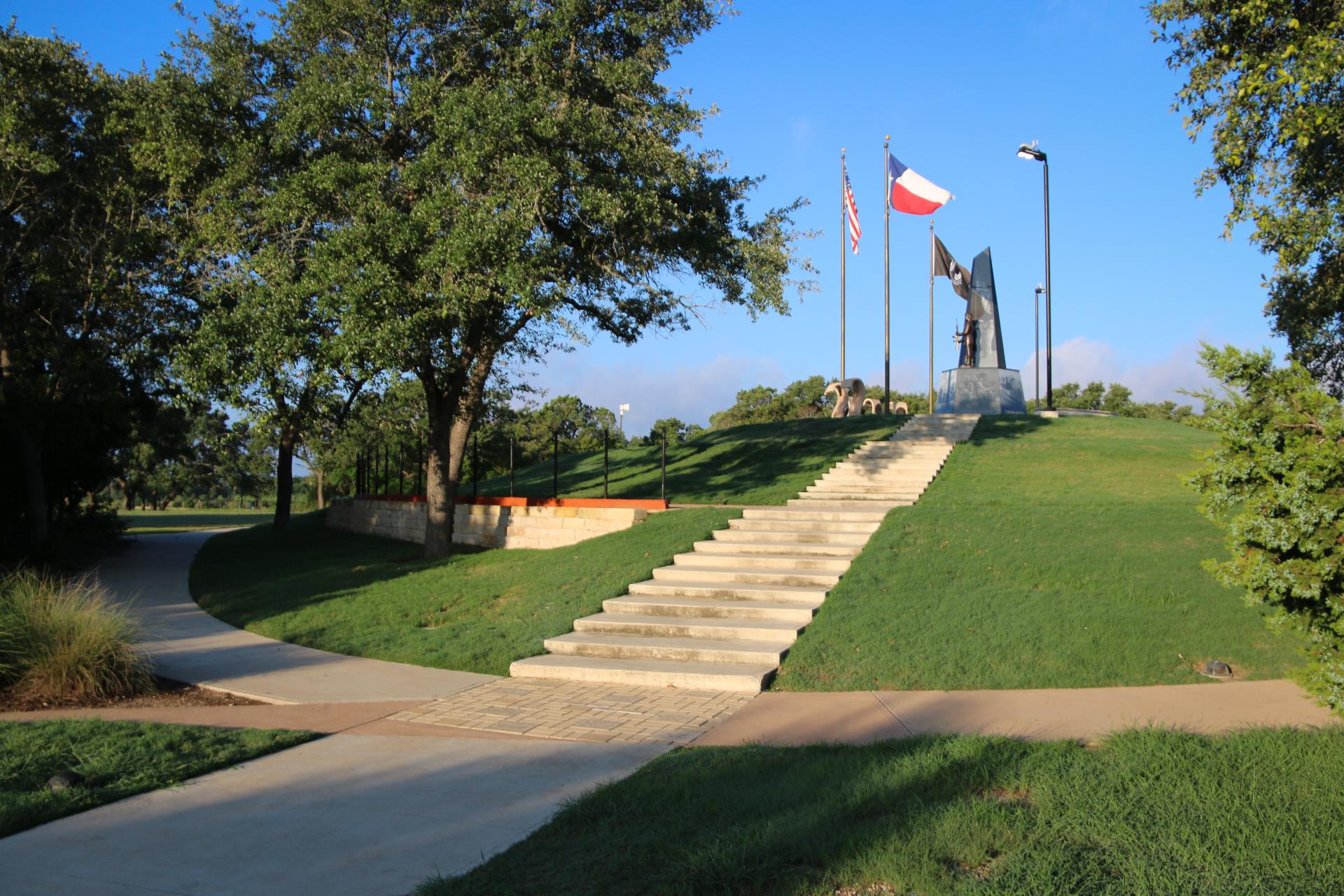 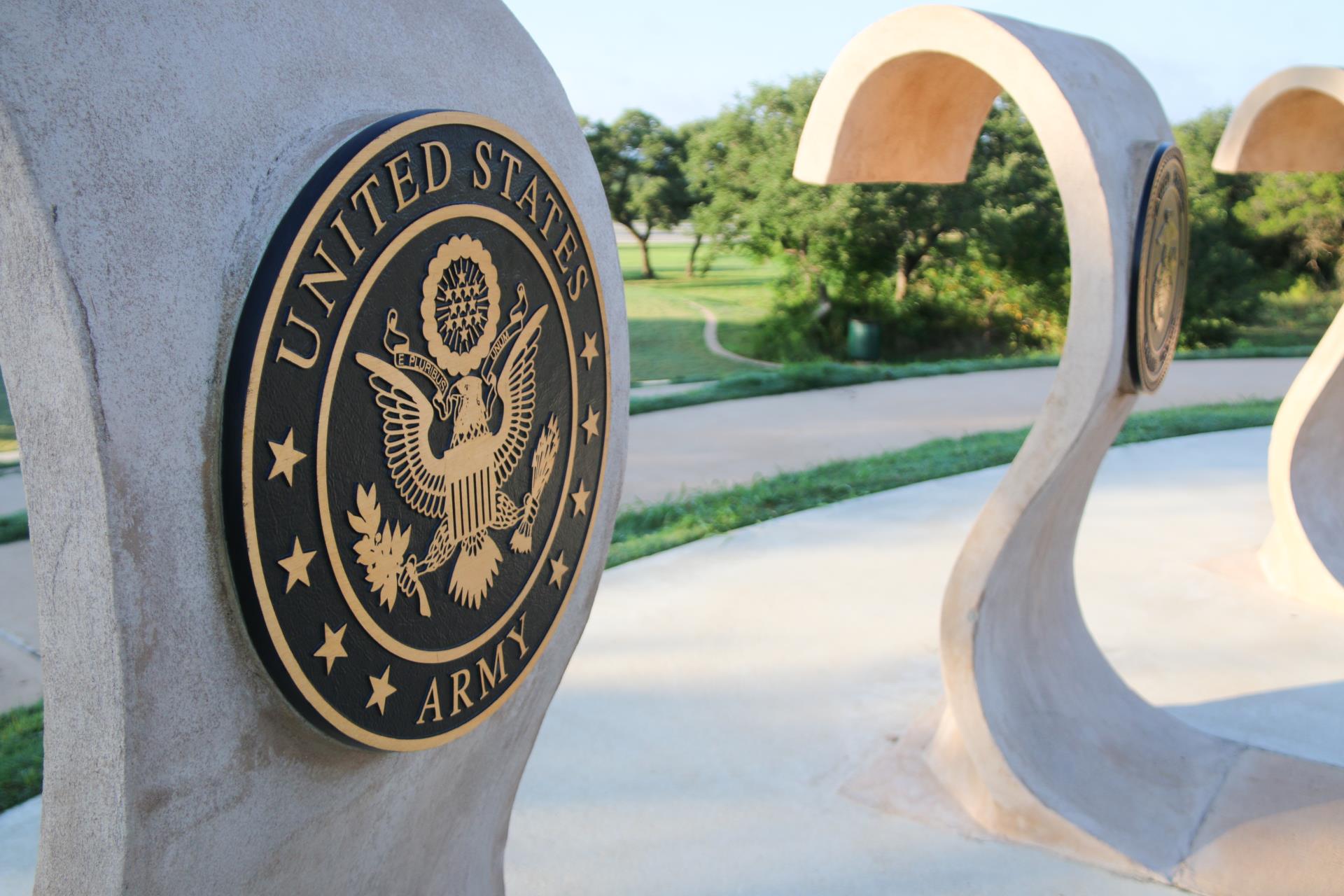 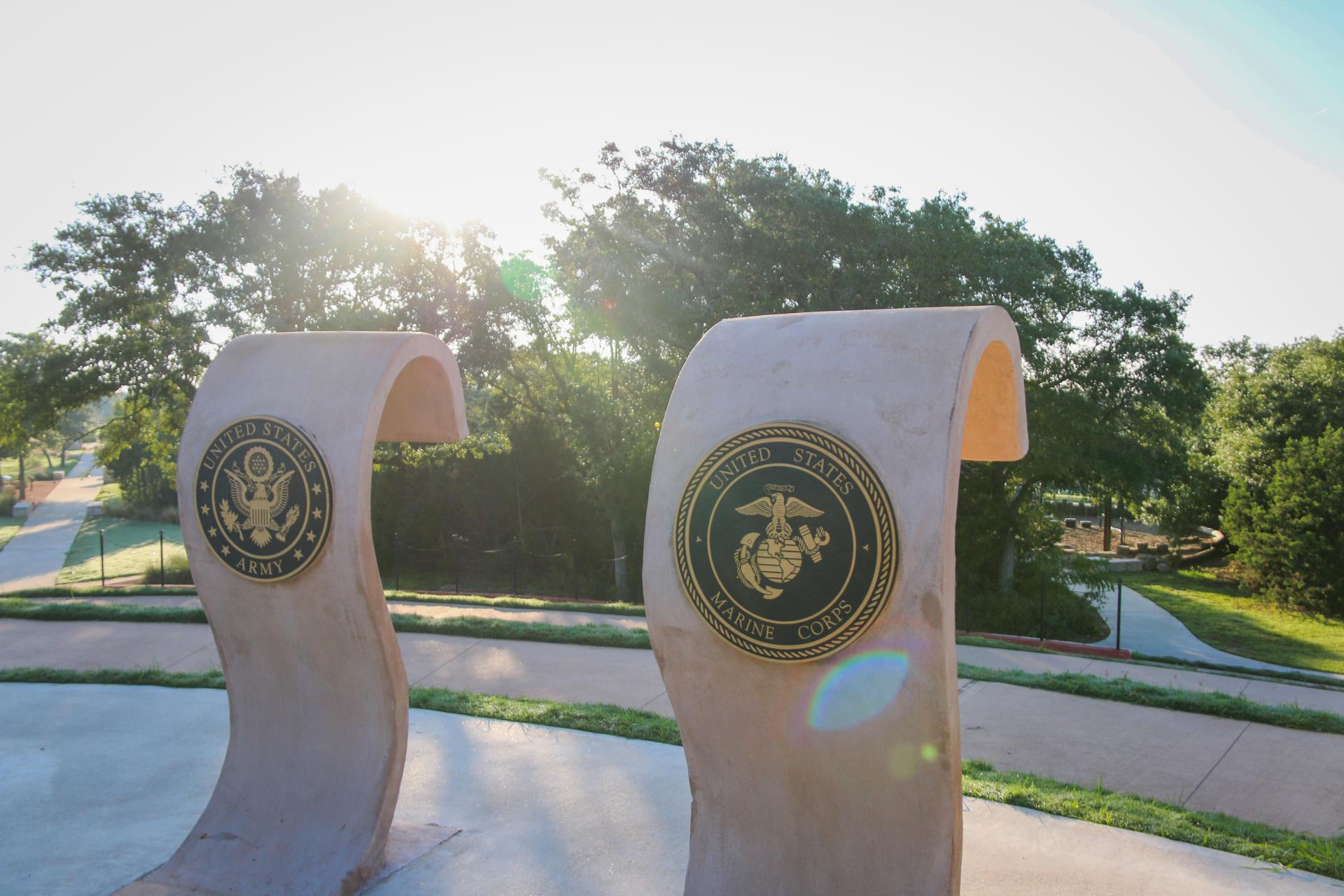 Watch our video telling the story of the memorial monument and all the statues along the Pathway of Heroes.

The monument was designed by artist Gregory Beck of Fort Worth and has some special references to Texas.  The base panel honoring the Navy depicts the George H.W. Bush Aircraft Carrier, and the panel for the Air Force shows a B-1 Bomber stationed at Dyes Air Force Base in Abilene.

A towering, seven-foot-tall bronze soldier, clothed in Army dress blues and holding an M-16 rifle stands guard. The soldier is the likeness of U.S. Army Specialist First Class Matthew Morris of Cedar Park, who was killed on April 6, 2008, by an improvised explosive device in Balad, Iraq while serving in Operation Iraqi Freedom.  SPC Morris was awarded posthumously the rank of Sergeant along with the Bronze Star and Purple Heart.

Each base panel features laser art that honors a different branch of the U.S. Military: the Army, Navy, Air Force, Marines, Merchant Marines, and Coast Guard. A panel of the obelisk honors women in the military, featuring laser art taken from photographs of mother soldiers kissing their children "hello" and "goodbye" as they arrive from or depart for deployment. The monument was unveiled on November 12, 2011. Watch the video story on Youtube. 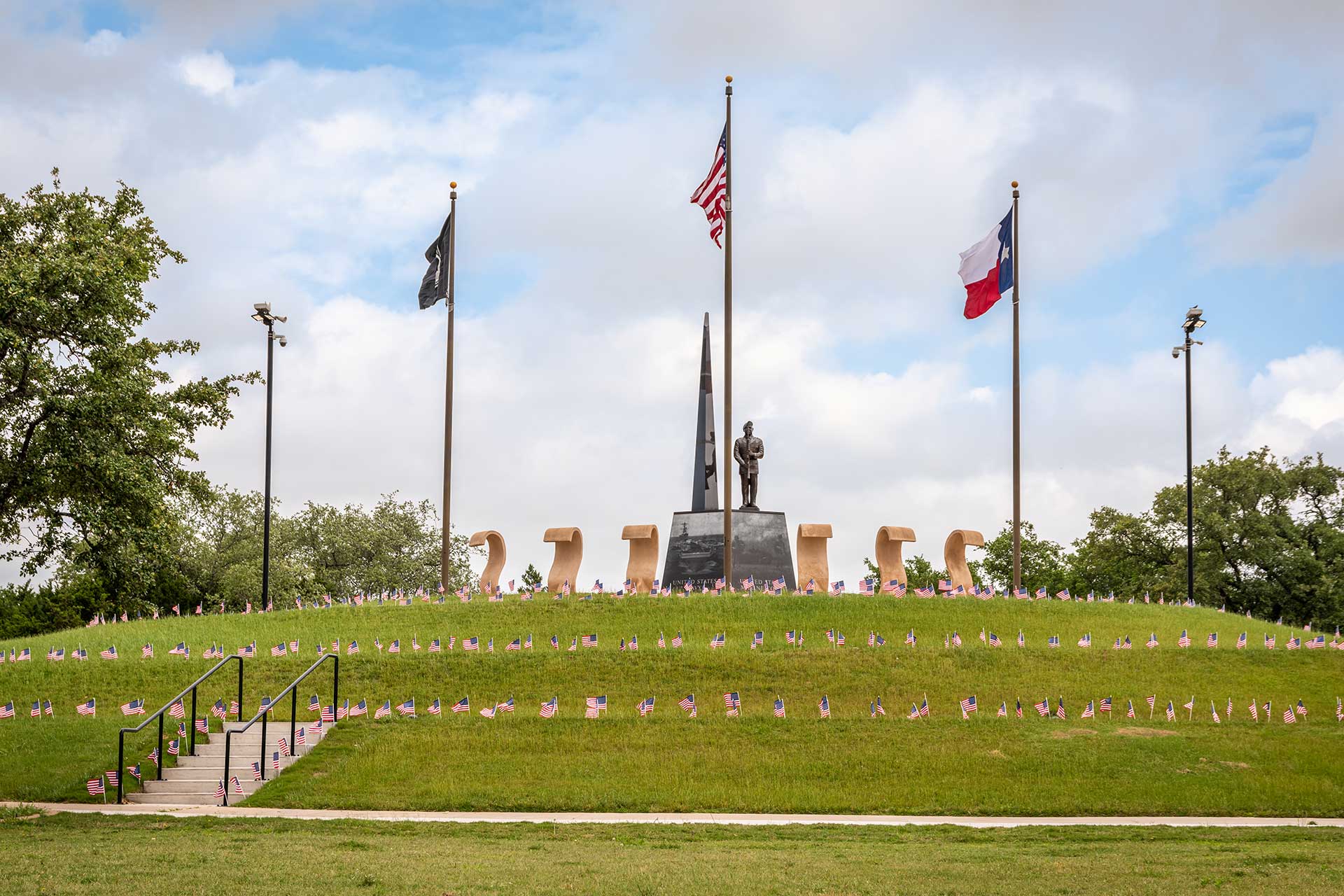 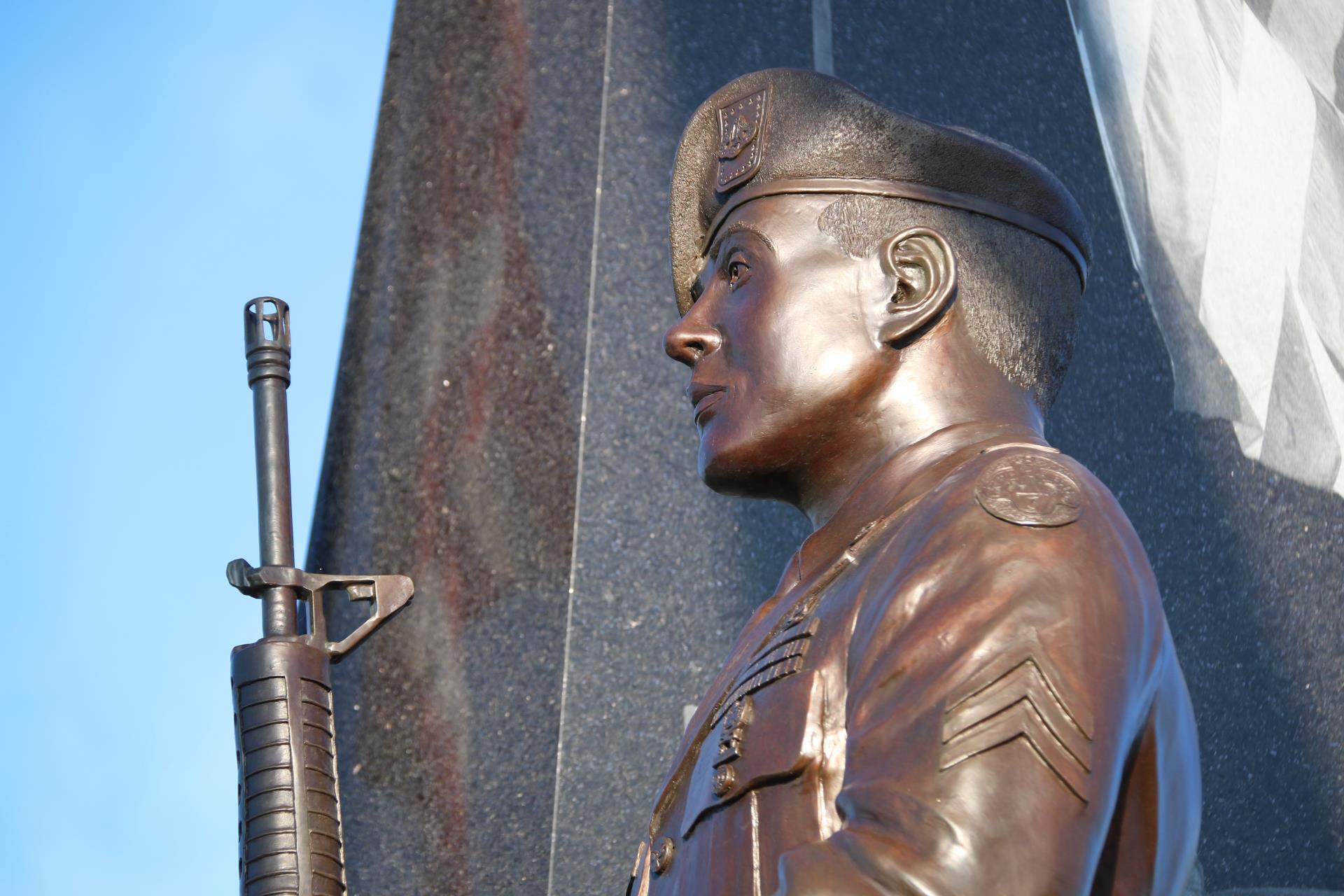 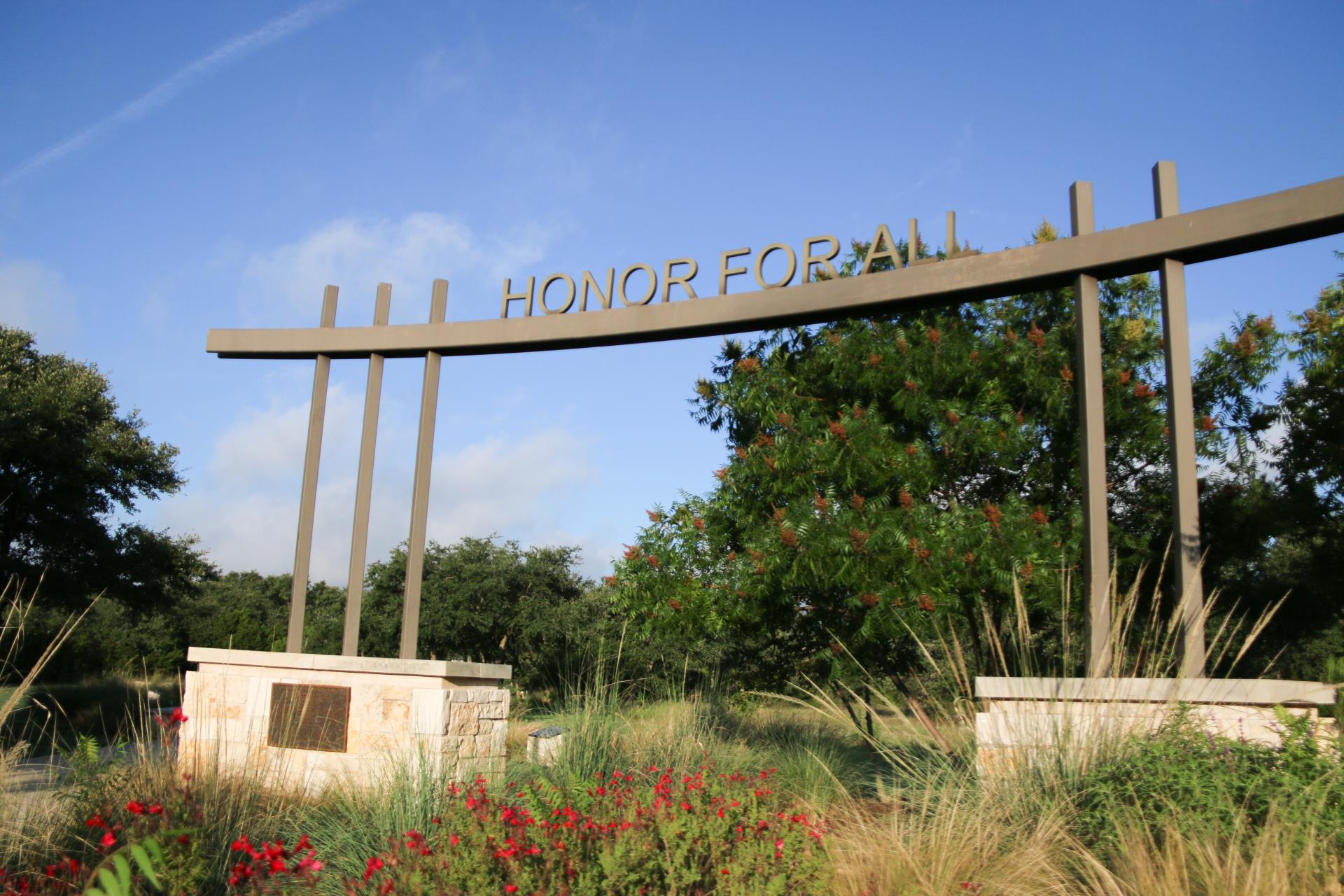 Custom brick pavers are available for purchase. Each paver purchase helps fund the maintenance of the Veterans Monument and the Pathway of Heroes. For paver orders, please contact Parks at 512-401-5500 or email Parks and Recreation. 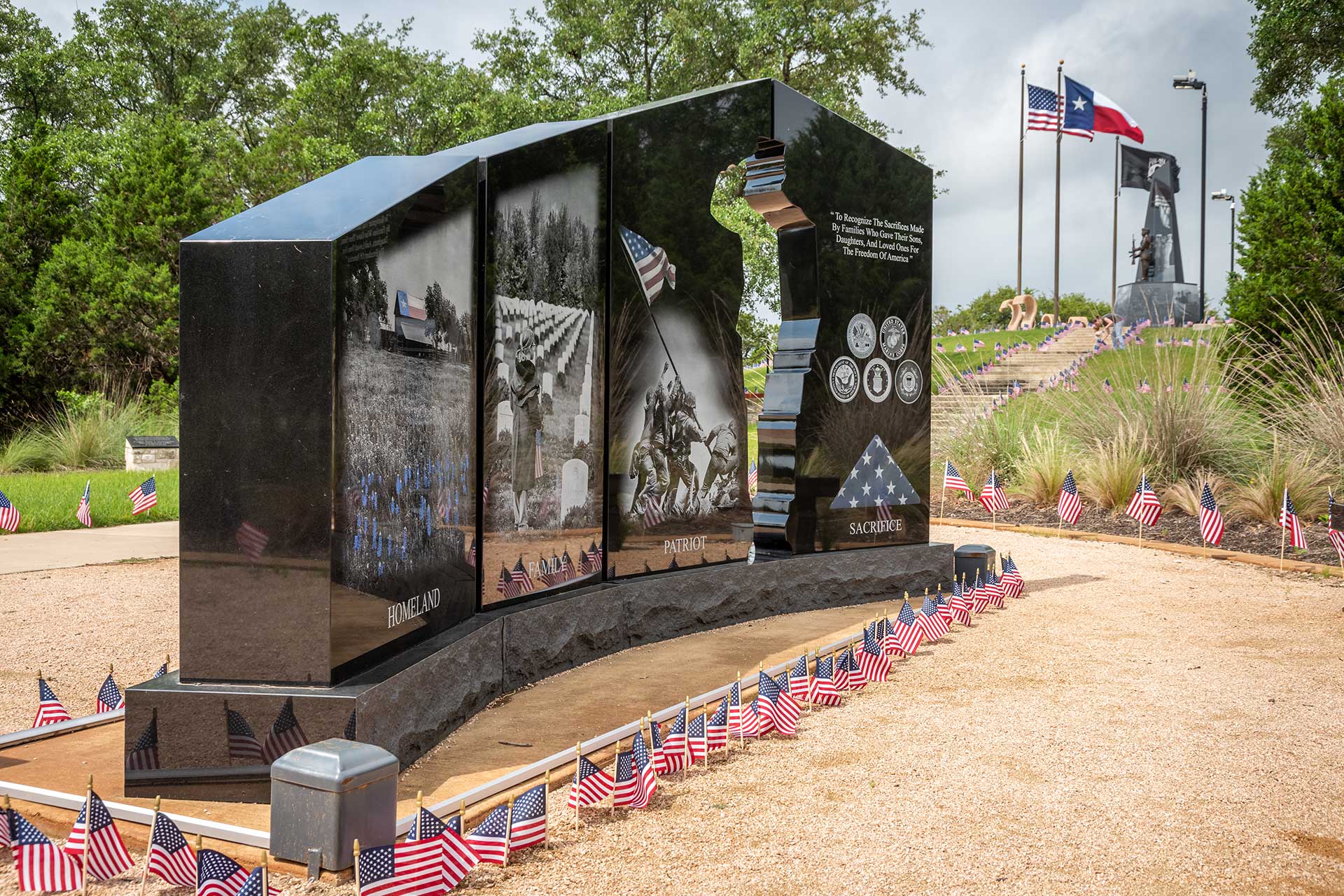 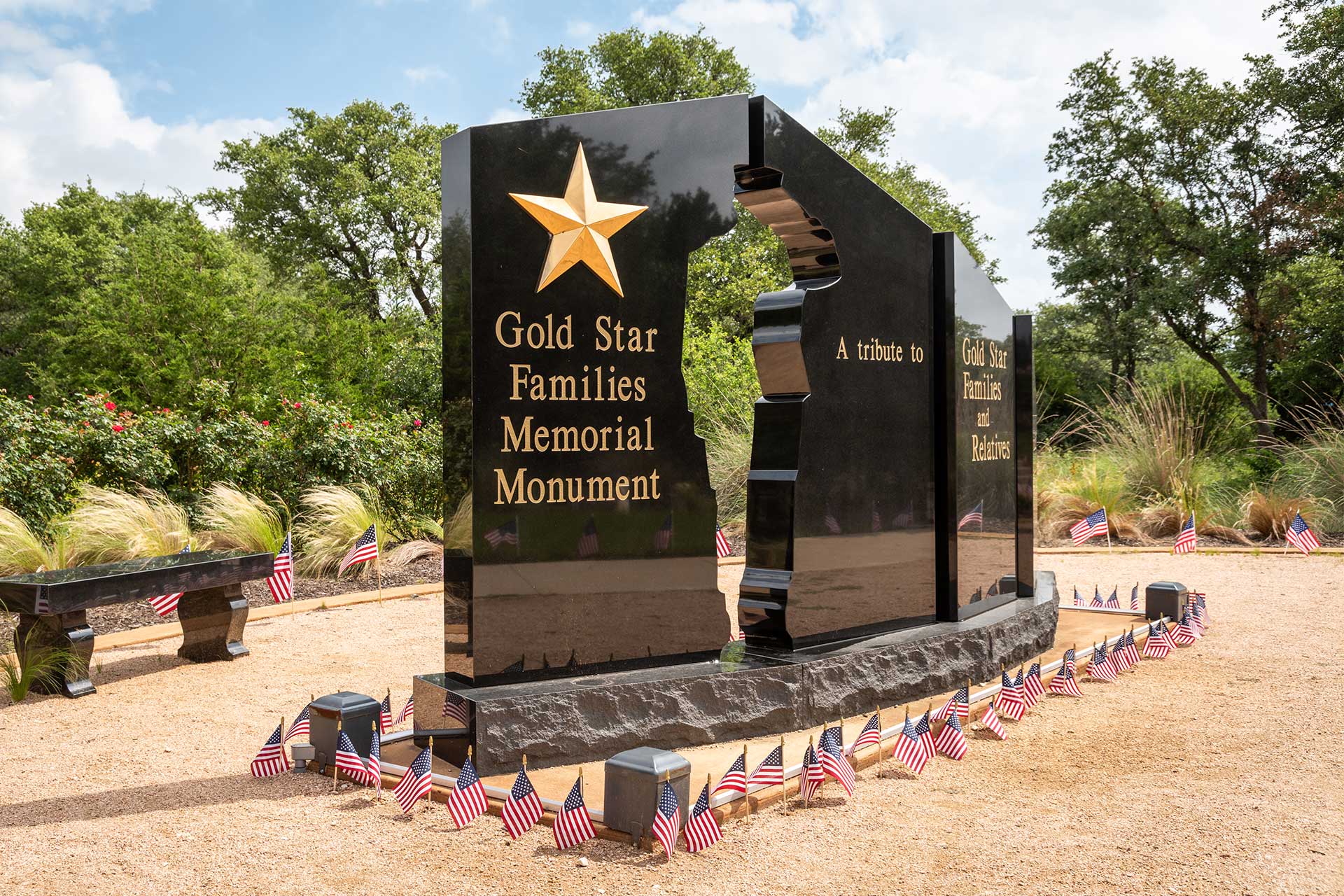 Customized brick pavers and bronze leaves engraved with soldiers' names and dates of service, along with life-sized bronze sculptures line the pathway leading up to Memorial Hill.

The sculptures are a project of the Cedar Park City Council and the former Parks, Arts and Community Enrichment (PACE) Advisory Board. 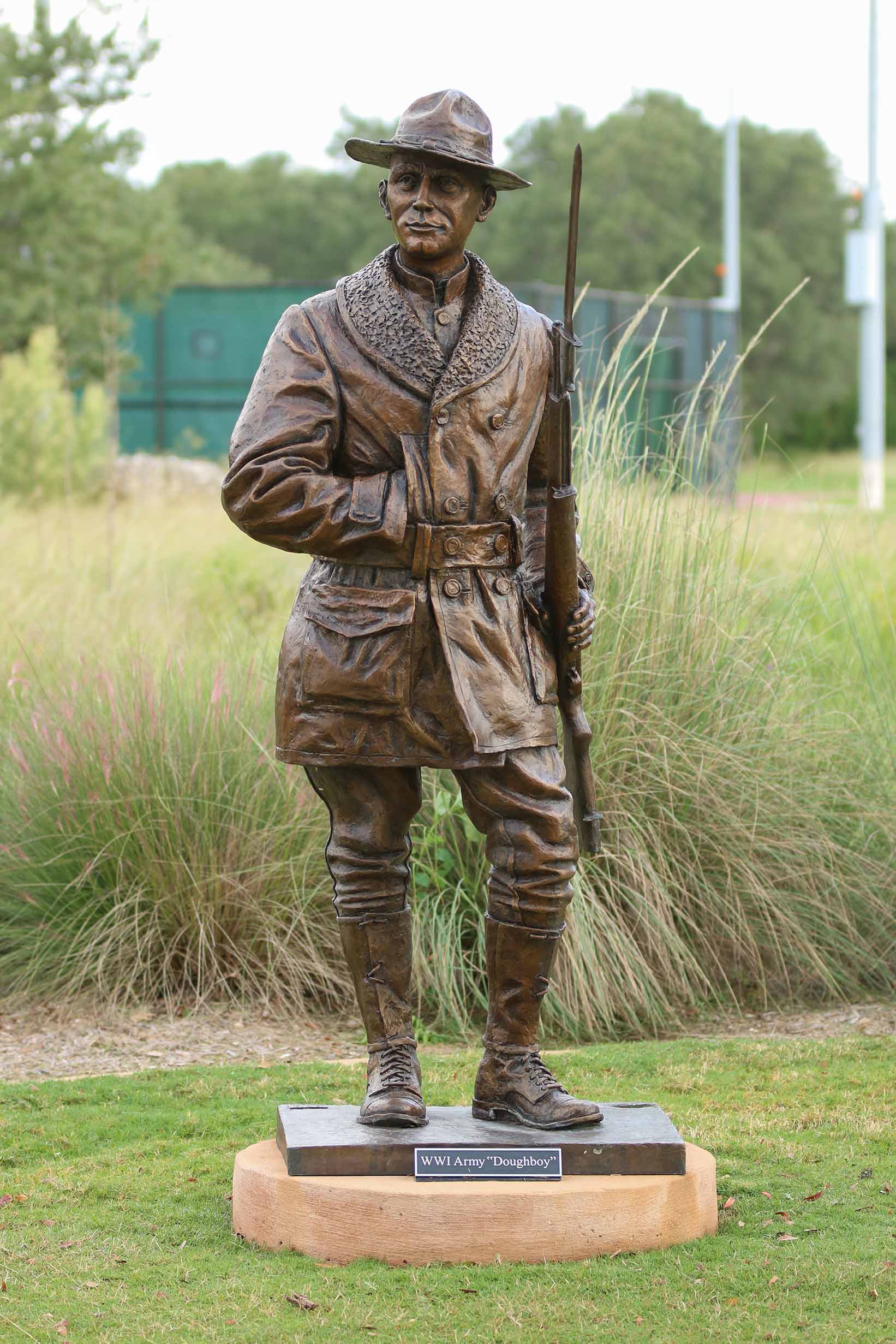 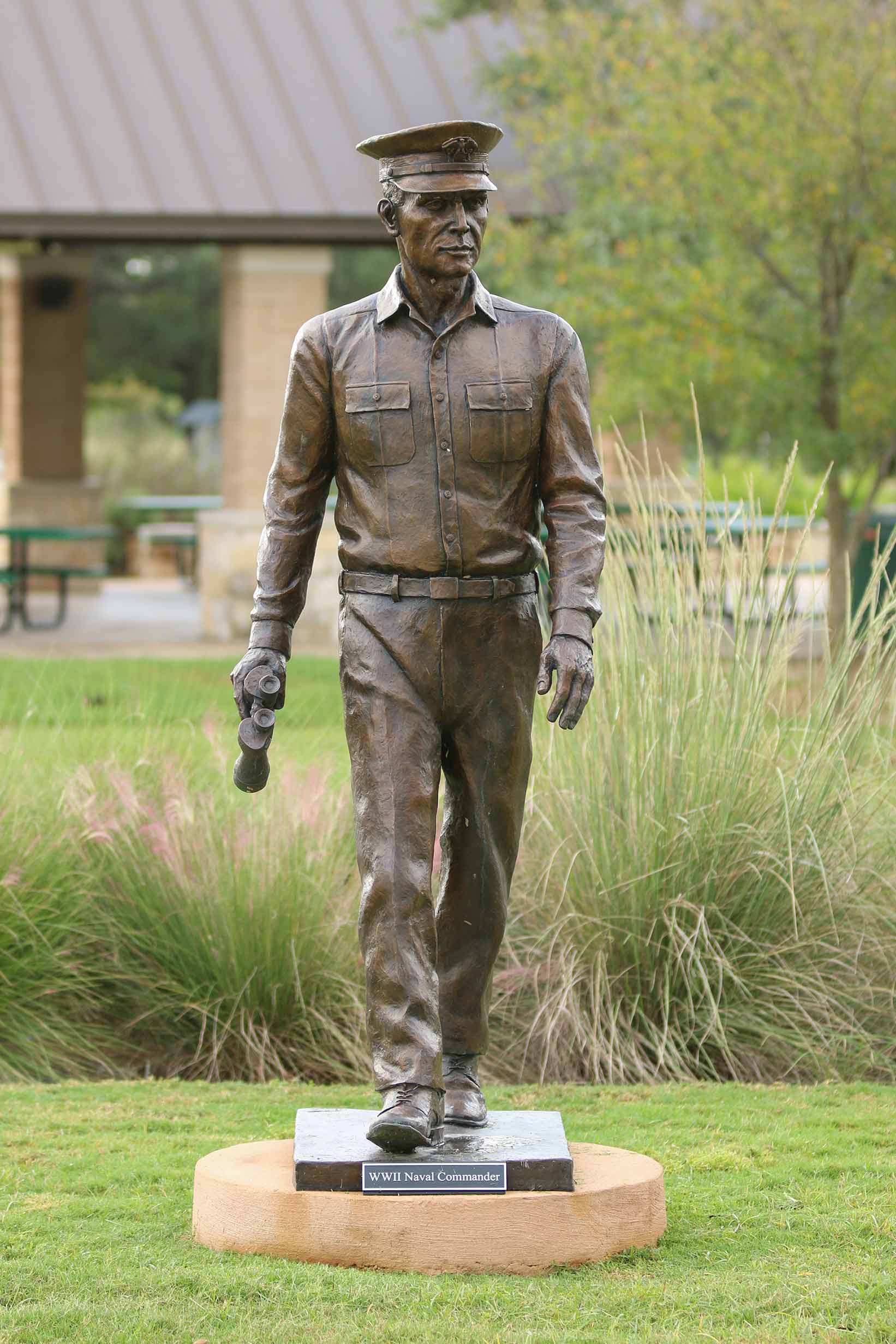 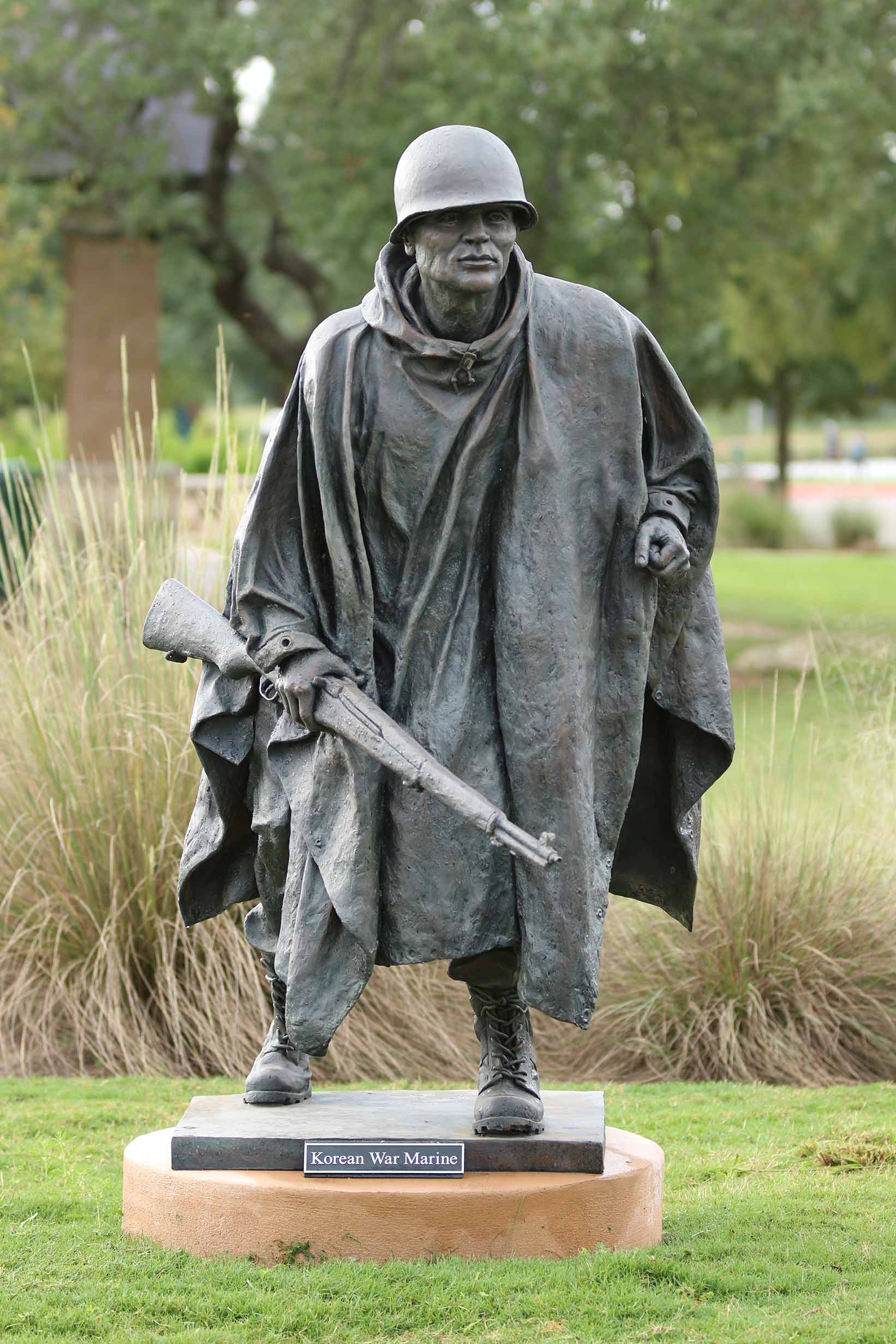 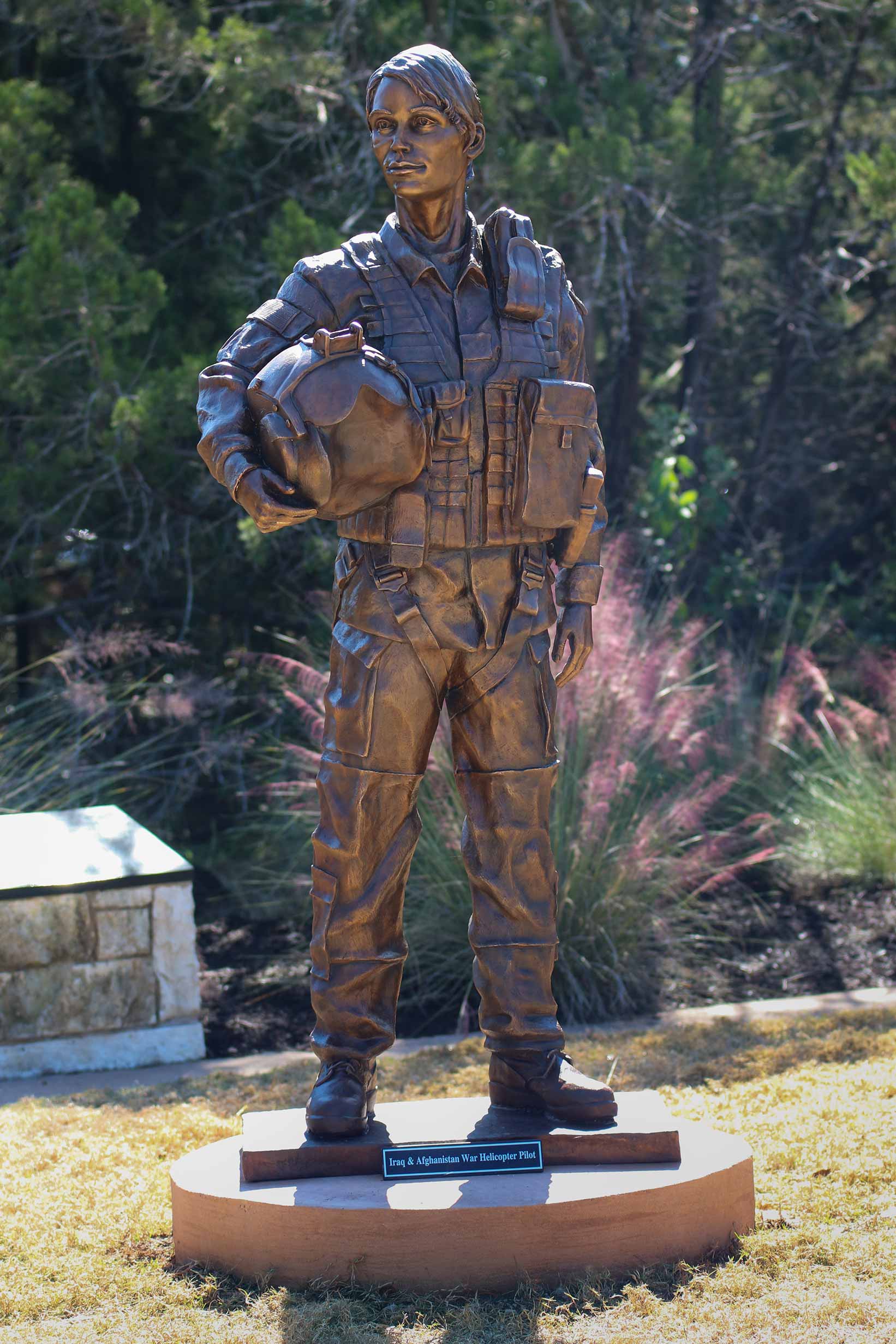 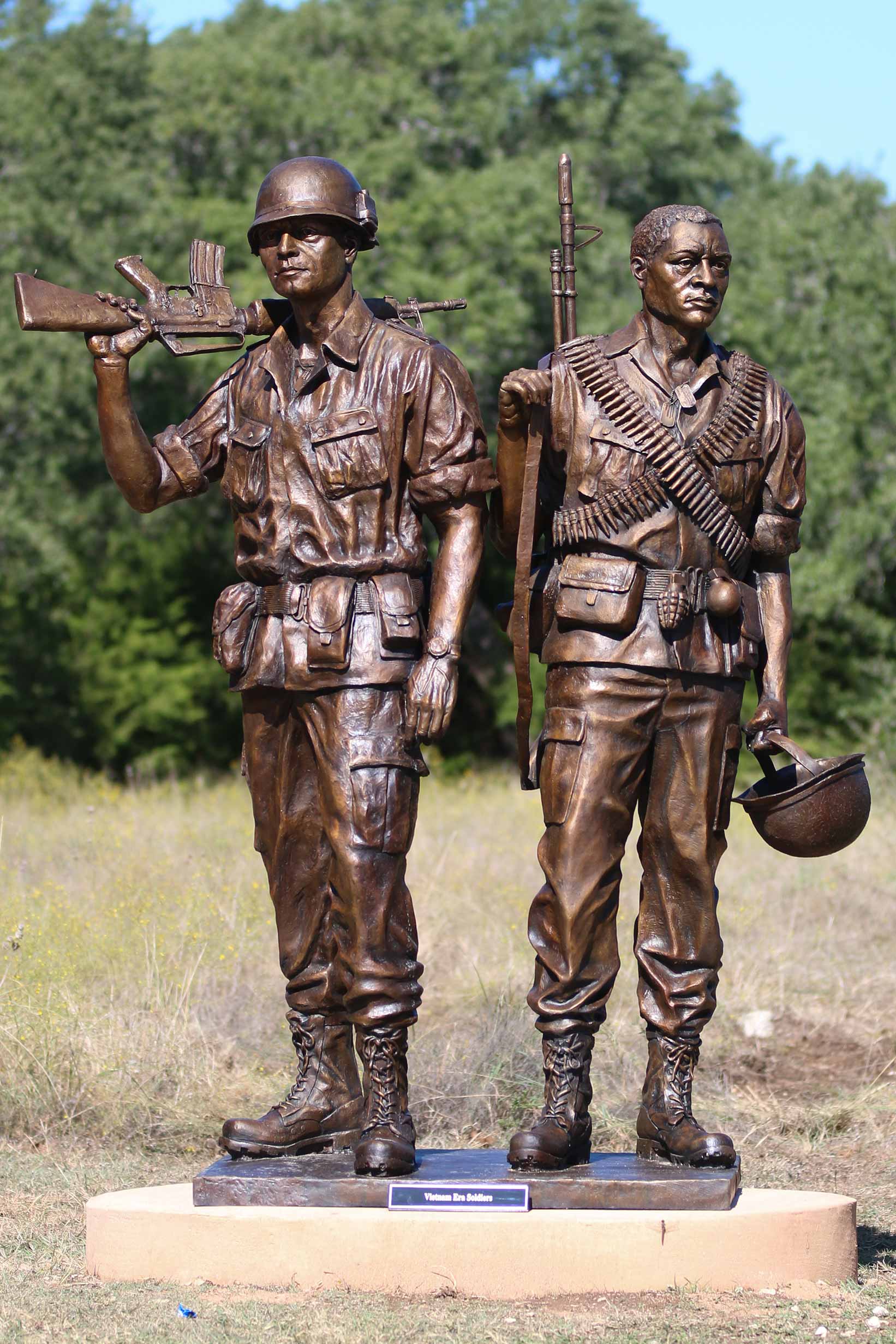