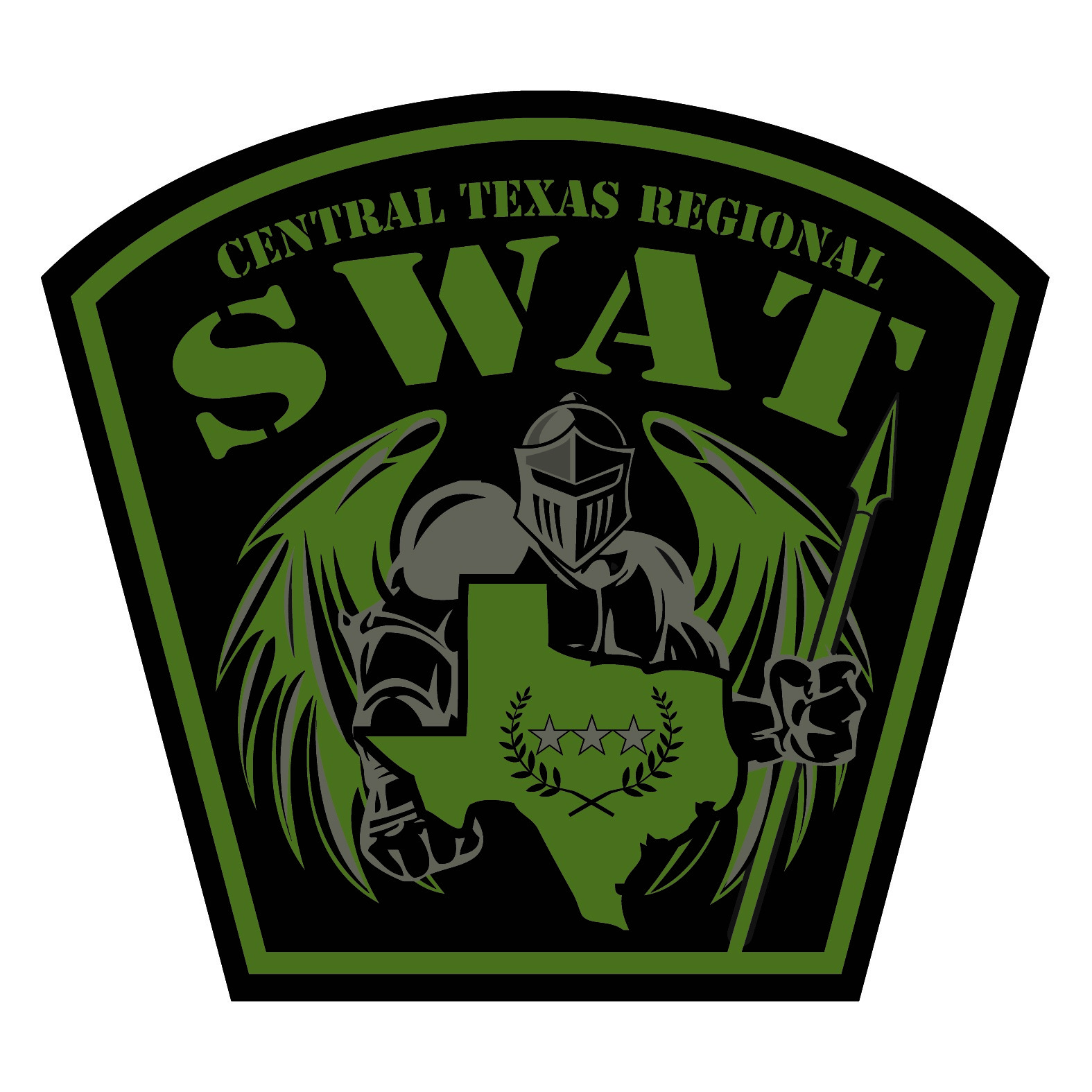 The team was created in late 2014 and has been involved in numerous critical incidents including barricaded persons, homicide suspect apprehensions, victim rescues, high-risk search warrants, vehicle surveillance and take-down operations, and dignitary protection missions. The team is also heavily involved with the community during demonstrations, junior police academies, and community events.

Each agency has a specific number of personnel who can be assigned to the team. Selection to the team is not easy and takes patience, dedication, physical fitness efficiency, firearms proficiency, composure, professionalism, and critical thinking.

The Crisis Negotiations Team (CNT) is part of Central Texas Regional SWAT and is tasked with helping to resolve critical incidents. The primary function of the team is to establish communication with and negotiate with barricaded subjects, suicidal persons, and other people who may be in crisis. CNT has a variety of equipment including state-of-the-art rescue phones and communication equipment, intelligence gathering equipment, and a dedicated negotiations center within the Cedar Park Mobile Command Post. Since its inception, the CNT has had several successful negotiations with barricaded persons.  The team also achieved a First place finish at the 2017 Crisis Negotiations Competition held by the Texas Association of Hostage Negotiators. 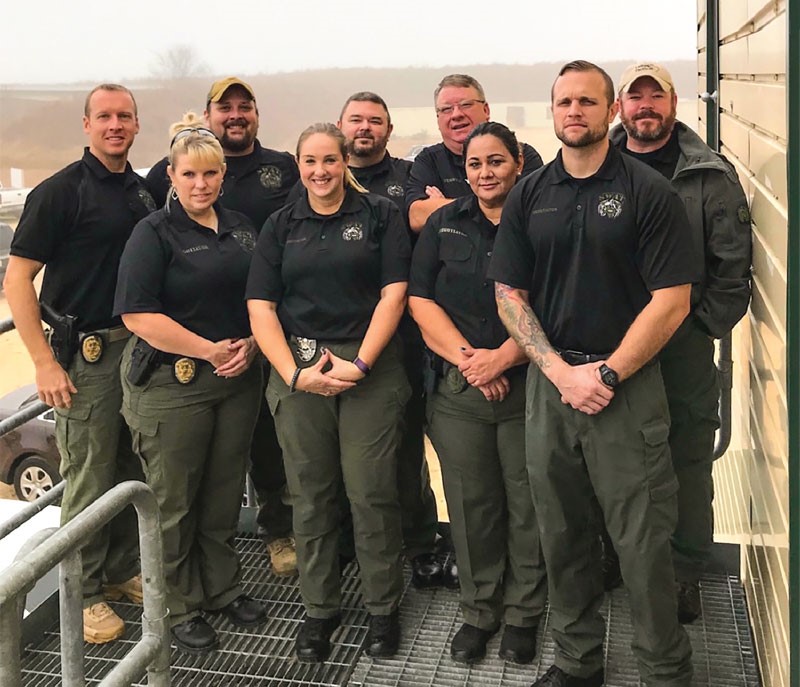 The Cedar Park Police Honor Guard is a voluntary team of officers who recognize the honor of police service and have pride in their profession and their department. Honor Guard members act as official representatives of the Cedar Park Police Department at annual functions and on those unfortunate occasions where a peace officer has been killed in the line of duty. Honor Guard members train in presentation and parade techniques that are used not only at memorial ceremonies, but also on many occasions where an event requires the posting or presentation of colors. Team Members realize that they are very conspicuous representatives of the Department and take great effort in maintaining their Honor Guard regalia, including their special issued gear and uniforms. The Honor Guard has been in existence since the spring of 1996 and has grown and changed over the years. Many current members are excited about specialized training and learning techniques that can be utilized in bringing honor to themselves, their department, and the City of Cedar Park. 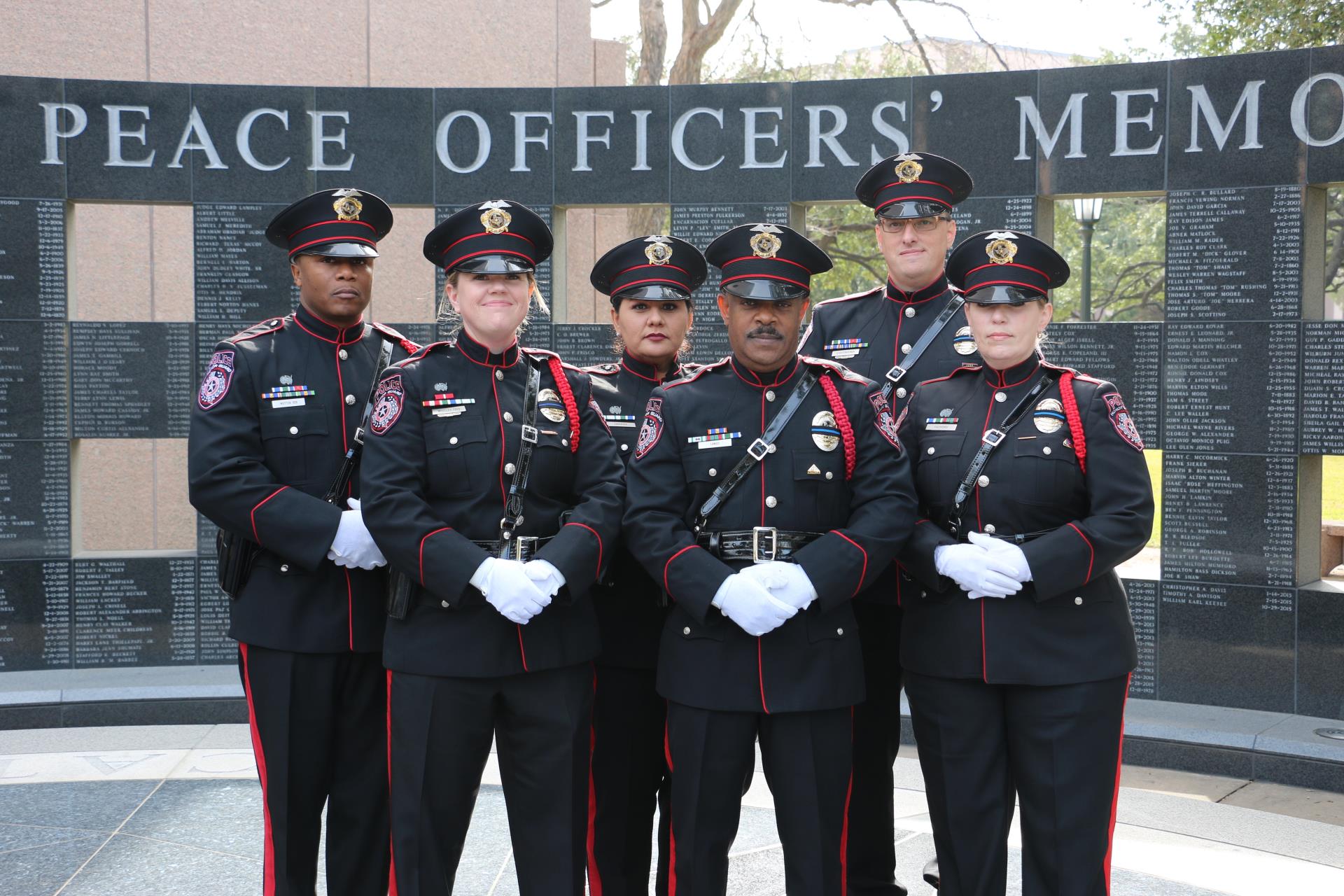